Last week the Los Angeles Rams were able to bounce back from an awful opening week. They managed to escape 31-27 against a feisty Atlanta Falcons squad, but this shouldn’t necessarily serve as a resounding endorsement. 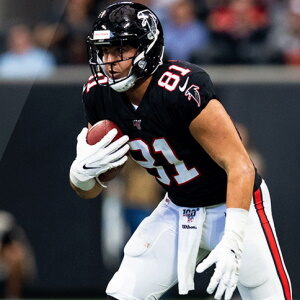 So now the Rams step up again, this time in their own division, as they face the Arizona Cardinals in a game that will take place at 4:25 PM ET at State Farm Stadium in Glendale, AZ. Remember that at BetAnySports, you have the chance to get a lot of extra value with reduced juice, which gives you a better price than -110 to play with.

Well, we know that the Rams had a nightmarish time of it in their opening week, as the Buffalo Bills demonstrated why they are the Super Bowl favorites, beating then by three touchdowns at SoFi Stadium. It was an embarrassing effort from the defending Super Bowl champions, as Matthew Stafford got sacked seven times off 23 pressures.

Last weekend, the Rams found Arizona’s defensive front much more to their liking, as they allowed just two pressures. Stafford got picked off twice but still threw for 272 yards, and Cooper Kupp had another standout effort, with eleven receptions. Through two games, he’s got 24 catches for 236 yards. And Los Angeles survived a furious 17-point fourth quarter on the part of the Falcons.

According to Pay Per Head Bookie services, the Cardinals benefited from a stroke of luck last Sunday. They came back from a 20-0 deficit to tie it up and take it to overtime, thanks to Kyler Murray’s improvisational skills, and then Byron Murphy scooped up a fumble in overtime and ran it back for a touchdown and a 29-23 win over Las Vegas.

In the NFL odds that have been established on this game by the folks at BetAnySports, the Rams are favored on the road:

The Rams won the Super Bowl for more than one reason. One is that they were able to stretch the field a lot more than they had been, once Matthew Stafford arrived. Another is that they have the possession receiver to beat all possession receivers in Cooper Kupp. Then there are the defensive playmakers, including defensive tackle Aaron Donald and corner Jalen Ramsey, who may both be the best at what they do.

Ramsey can take care of Hollywood Brown on the outside, and the Cardinals’ receivers was thinned out a bit in the off-season. James Conner is out with an ankle injury, making Arizona less threatening in the ground game. Murray, who completed 31 of 49 for 277 yards last week, is difficult to deal with. But Sean McVay and his defensive people have managed to create more puzzles for HIM. Murray has averaged only 6.8 yards per throw against the Rams, who have gone 9-1-1 ATS in the last eleven meetings. And that 34-11 Rams win in the playoffs last season was ugly; Murray had 137 yards and two INT’s.

BetAnySports has a tremendous offer for you, as reduced juice can bring more value to the table…….. And when it comes to options, it’s tough to beat the multitude of ways you can wager on the action as it is in progress……… Open your account with a credit card, or if you’re holding some Bitcoin, that’s easy too, plus there’s no transaction fee!