This year, baseball betting fans are in for a treat for this MLB World Series. This is because we get to see two teams meet up for the first time since 2017.  Yes, we are talking about the Houston Astros and Atlanta Braves World Series matchup. In our 2021 World Series Betting Preview, we will go over each team and their odds of winning it all

According to baseball betting odds, the Astros are the favorite to win for the 2021 World Series. On the other hand, the Braves made it to the Finals despite the odds against them. Therefore, anything can happen for this championship.

Usually, the team with the best pitchers and strikeout averages win the world series. However, this year might be different as both teams seen to have pitching issues. Let’s take a look at each team to see how they favor against the spread.

Reasons to Bet on the Houston Astros to Win 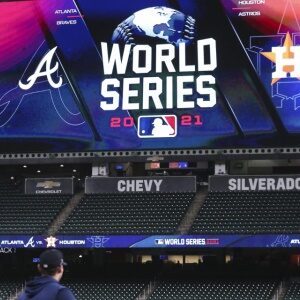 In the past 2 seasons, the Astros have not been seen as a true contender due to a cheating scandal. This, the allegations have been put to rest because they have been leading the league in runs and RBIs. Furthermore, this year they rank second in team OPS making them a strong contender to win this year’s baseball championship.

This year, sports betting shops had the Yankees and the Dodgers as the favorites to play in the World Series. However, the Astros are now the favorite team to win Game 1 of the MLB World Series. They have gone a long way from being the underdog to the favorite. They took care of the Chicago White Sox in a quick four games in the American League Divisional Series.  Afterwards, they took out Boston Red Sox in just six games in the American League Championship Series.

While they do have a strong batting average, their pitching abilities are in question. This is because Justin Verlander is out for the year and Lance McCullers is out for the series. Without them, the Astros are going with Zack Greinke, Framber Valdez, Luis Garcia and Jake Odorizzi. Only three of their pitchers have 15 outs in the ALCS giving the Braves many opportunities to score.

Reasons to Bet on the Atlanta Braves to Win

When the Braves lost Ronald Acuna Jr. due to an injury, handicappers thought it was the end for the Braves. However, they overcame playing without their star outfielder and made it to the playoffs and eventually the World Series. After sports news outlets said he was out for the season, their odds to win the World Series became 30/1.

Today, they remain the underdog with a +1.5 pointspread and a +115 money line. For a team that no one thought would make it pass the MLB playoffs, it is impressive. While the Braves do not have a strong rotation, they still have Charlie Morton, Max Fried and Ian Anderson. Despite not being star batters, they are still reliable and did bring them to the finals.

Despite it all, Game 1 is a pretty even matchup despite the Astros having better stats than the Braves.