In the latest eSports news here at CasinosGeorgia.com, former FunPlus Phoenix jungler Gao “Tian” Tian-Liang has joined Top Esports. The 21-year-old had been a part of FPX since December 2018. He has also helped the team win the League of Legends World Championship back in November 2019. He left FPX this offseason. This comes after their lackluster campaign at Worlds 2021. The Chinese squad came in last place in Group A.

Those who are into sports betting should know the latest, which is why it is important to look for eSports news in the latest gambling industry news. Top Esports expects Tian to play a big part in the League roster the organization has put together for 2022. “As a top-level jungler, he showed penetrating insight and outstanding performance on the court,” Top Esports said in its official announcement. “We believe that Tian’s arrival will help the whole team to progress together.” 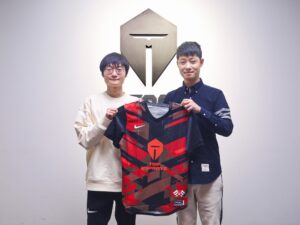 Top eSports finished fourth in the 2021 LPL Spring Split playoffs in April and top eight in the LPL Summer Split playoffs in August. Thus, they didn’t qualify for the Mid-Season Invitational or Worlds last season. The organization has made multiple roster changes this month, having renewed mid laner Zhuo “knight” Ding’s contract and parting ways with jungler Hung “Karsa” Hao-Hsuan, support Liang “yuyanjia” Jia-Yuan, and top laner Bai “369” Jia-Hao. You can find details on these tournaments in your sportsbook software.

Get the Best Bookie Software from PricePerPlayer.com Today!