For this Thursday Night Football Game, we go to the Mercedes-Benz Stadium in Atlanta, GA. This is where the New England Patriots will be taking on the Atlanta Falcons 8:20PM ET. The Falcons have the home advantages but can they defeat the Patriots? Let’s find out with our Patriots vs Falcons Betting Prediction and pick.

Football betting fans who like to bet on the Falcons will have to make a tough decision for this matchup. This is because despite playing at home, Atlanta is a +7 underdog on the spread. However, despite heavy sports betting odds against them, do they have a chance of winning?

According to sports news and statistics, the Patriots are on a 4-game winning streak with a 6-4 record. On the other hand, the Falcons have a 4-5 record after a 45-3 beatdown against the Dallas. 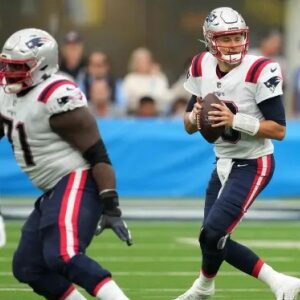 According to Sports Betting News, this season, the Patriots got off to a slow start. However, now they have become a confident team with excellent teamwork. For those who like to bet on the Patriots money line, all trends point to their victory.

According to their latest Thursday night stats, they 10-2 SU in their last 12 games. Furthermore, they are 14-3 in their previous 17 NFL Week 11 games. New England ranks 7 in the league in terms of scoring and will take on a team that ranks only 29 in the offensive DVOA.

During their matchup against Cleveland, they had an overwhelming 45-7 home victory. Their defense did a good keeping the Browns at bay only allowing 217 yards.

Then, we have the Atlanta Falcons. Earlier this week, the Falcons were at a +5.5-point spread. Since then, the betting odds have gone against Atlanta and are now at +7. Despite the sportsbooks favoring the Patriots, this is a revenge match for Atlanta. This is because they have not forgotten Super Bowl 51 when they blew a 28-3 lead against the Patriots.

It is true that Atlanta QB Matt Ryan had his worst game of the season last week. This is because he was only able to complete 43 percent of his passes and threw 2 picks. Despite it all, Ryan is still a veteran with plenty of skills.

According to online iGaming Platform news, Atlanta, needs a win to turn things around. Despite ranking last in the NFC South, they are only 2 points away from the leading position.

Football Betting Prediction: Bet on the New England Patriots at -7

Atlanta WR Calving Ridley will not be playing for this game due to personal reasons. For the Falcons to have a shot at winning, they will need Patterson to have a big game. We predict that the New England Patriots will win with a final score of 30-17.