Legal Sports Betting in Ohio is Getting Closer

Ohio is another state is trying to join the family of states that have legal sports betting. However, it has been a tough road for them as the debate has been going on for three years. As the end of 2021 quickly approaches, lawmakers are confident that Legal Sports Betting in Ohio is Getting Closer to reality.

According to the latest gambling news, after several failures, Ohio is on the brink of legalizing online sports betting In this latest development, A special joint House and Senate conference committee will be meeting today to consider its approval. The Bill in question is House Bill 29 and if all goes right, could also be put to a vote. 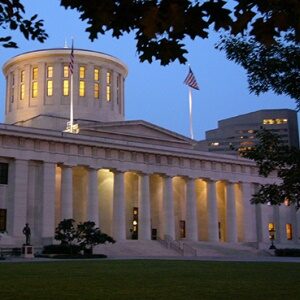 According to sports news, the agenda for the special meeting also mentions possible amendments to the bill. Proponents of legal sports betting in Ohio have high hopes for this new version of the bill. Earlier this year, House Bill 29 made it through the Ohio Senate but the House chose to refuse that version.

House Bill 29 has undergone several changes and this final version could be approve this week or next week. Or at least, that is what State Rep. Jay Edwards, an Athens Republican who chairs the conference committee said.

Gambling analysts expect to a a lot of discussion amongst lawmakers about the details of the bills during the meeting. Thus, they will be discussing number of permits, professional sports teams, casino, mobile betting, taxations and more.

If the Bill passes, it could take as along as 1 year before betting on sports becomes legal in Ohio. This is because in Ohio, it takes 90 days for a bill must wait 90 days after it passes before it becomes a law. In addition, the state would have to create rules and regulations for it and a governing body for it.

Once that is done, several other bureaucratic step would have to take place. Of course, sportsbooks would then have to apply for a license and go thru the approval process.