Earlier this month, the state of Georgia made another step towards legal sports betting within the state. This is because a state Senate panel made a legislation that would ask voters whether they should allow horse racing. In short, this would ask Georgia voters directly whether they want to expand gambling or not. However, according to the latest Georgia Horse Betting Bill update, that idea did not last very long.

Despite getting enough vote by the panels for a ballot measure to legalize horse racing, it was not enough. Yesterday, Georgia State Senators had their annual Crossover Day which is the General Assembly’s deadline for bills to clear. Or at least, advance a chamber to advance for further consideration by either he House or Senate.

Unfortunately, Senate Resolution 131 did not get enough votes to pass. This is the piece of legislature that would ask voters whether they support horse racing or not. 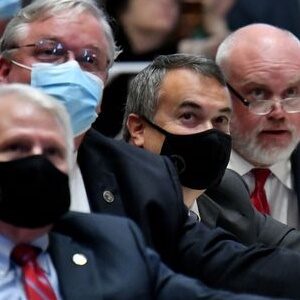 Expanding the gambling industry in Georgia is tough challenge for supporters of the expansion. However, they feel legal horse betting is worth it as it would bring thousands of jobs to the state. In addition, it would generate millions of dollars to the state for education, health care and rural broadband purposes.e

However, sports betting news outlets say the opposition is also fierce. Enough that the senate found multiple issues with the proposal and shut it down in a 33-20 vote. During the session, both Republicans and Democrats were arguing that it would do the state and its residents no good.

In general, the Senate did not feel comfortable leaving the law into the hands of residents. They believe that gambling is too large of an issue to eave it up to voters.

For Georgia, this is the second time in two years that a gambling legislation made it to the floor. Last year, a bill that would legalize online sports betting in the state made it to a vote. However, it did not get enough votes to continue.