2nd Casino in Nebraska to Open Next Week

The 2nd casino in Nebraska is a step closer to reality after the state’s Racing and Gaming Commission approved a license to operate Grand Island Casino Resort. Also, a temporary casino will open next week.

The temporary casino will have a snack bar, about 300 slot machines, and various horse betting kiosks. Patrons must produce a government-issued photo identification to enter the casino.

The interim casino will remain open while the developer is being the resort. They scheduled the start of the construction in the fall of 2023. Also, it will be home to 650 slot machines, 20 table games, a sports book, and a variety of dining options. However, it doesn’t have online slot machines. 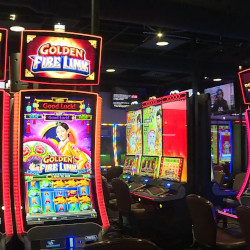 Chris Kotulak, CEO of Fonner Park, argued that the presence of casinos is vital to the continued success of thoroughbred horse racing. He added that voters who supported the 2020 expansion of gambling at horse races are looking for property tax relief. In addition, the Grand Island Casino Resort is expecting to replicate the success that the state of Nebraska has had with the WarHorse Casino in Lincoln.

According to casino reviews and news sites, WarHorse is developing another casino in Omaha. In Columbus, Caesars Entertainment is working on a project. Also, both casino operators have plans for temporary casinos. Temporary casino in Omaha won’t operate until late spring or summer, though.

According to casino reviews and news outlets, Caesars wants to open a temporary casino at Ag Park in Columbus as soon as possible. It would have hundreds of slot machines.

Bet on sports with VOBET, the best sportsbook in the world!