The NBA Trade Deadline is coming up soon- at February 10, 3:00 PM ET. And as early as now, rumors and outcomes are starting to fill in the basketball news circuits. Let’s take a look at the latest NBA Trade Deadline updates that we have so far.

Before we continue, you should also remember that the NBA is one of the most popular and lucrative sports in the US. And there is no better time to learn how to be an NBA bookie. Especially now that we are getting closer to the postseason. 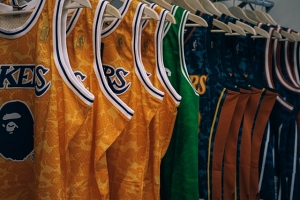 First off, the Cleveland Cavaliers are replacing Ricky Rubio by getting Rajon Rondo from the Los Angeles Lakers. The Atlanta Hawks are sending Cam Reddish to the New York Knicks to get Kevin Knox II. Meanwhile a proposed trade between the Detroit Pistons and the Denver Nuggets is voided after the Pistons did not pass Bol Bol on his physical.

We also have news that the Oklahoma City Thunder will be getting Miye Oni from the Utah Jazz plus a 2028 second-round pick. The Thunder will be waiving Oni and will open up a roster spot before the deadline. This is a great way for Jazz to open up a roster spot, and save money as well. The Knicks will also be getting Denzel Valentine in a three-way deal with the Lakers and the Cavs. The Knicks will also get $1.1 million, plus two draft-rights players. The draft rights however, will be ceded to Louis Labeyrie. We will be hearing more as we move closer to the actual deadline, so keep an eye out and check your sportsbook pay per head software in case you are offering lines on NBA trades this season.

Get the Best Sports Betting Software at a Discounted Rate Here!